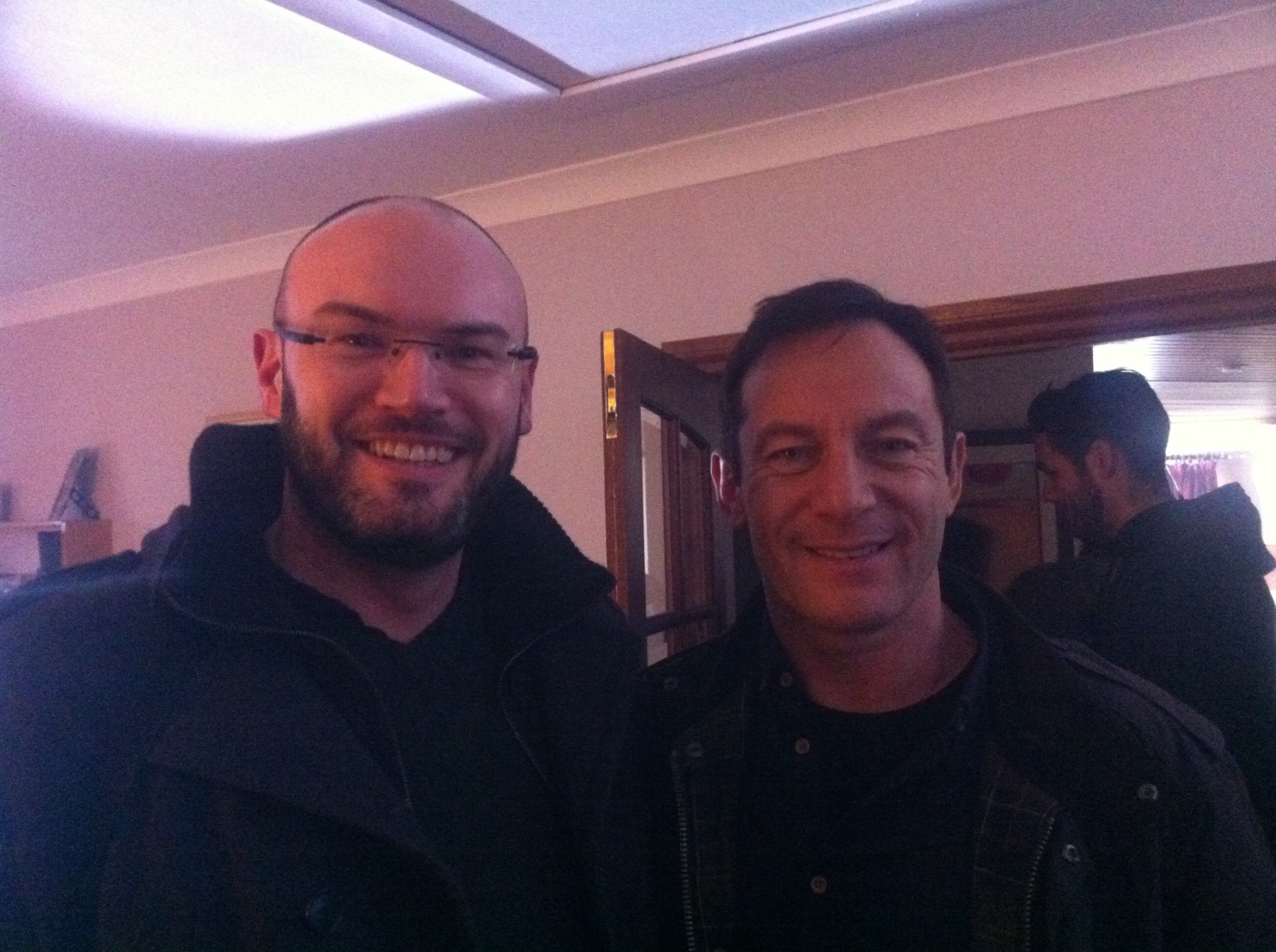 Last November I was sent by BBC Radio Scotland to North Queensferry, on the outskirts of Edinburgh, to attend filming of the second season of detective drama, Case Histories.

My interview with actor Jason Isaacs was transmitted today on the BBC Culture Studio – you can hear the segment from around 1 hour and two minutes in.

I was also on the show yesterday with a report from the Palais des Festivals in Cannes, the building where the great and the good gather each year for the Cannes Film Festival. You can hear my interview with Philippe Octo from around 9 minutes in.

I was in Cannes back in January while compiling my Côte d’Azur Film Traveller blog, which I’m still publishing at the rate of one blog post per week.