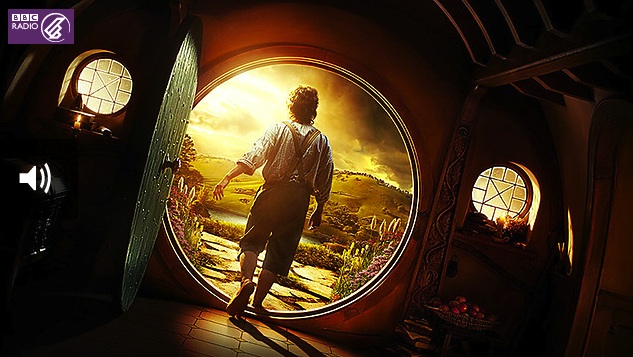 The world has once more gone Middle Earth mad, with the release this week of Peter Jackson’s The Hobbit in cinemas, nine years after his last visit to The Shire.

I was asked by the BBC Movie Cafe and the Edinburgh Evening News to head along to Edinburgh’s Cameo Cinema last weekend for a special screening of the Lord of the Rings trilogy, a 10 hour endurance test involving Orcs, Dwarves and people dressed as Hobbits.

The radio segment can be heard over on BBC iPlayer for another few days, while I’ve reproduced the Evening News column below:

With The Hobbit arriving in cinemas tomorrow, it seemed like a good idea last Sunday to head to the Cameo to watch The Lord of the Rings trilogy on the big screen.

At around 10 hours in duration, this was no ordinary film screening, meaning I had to be prepared for all eventualities. Forget the lembas bread wrapped in leaves favoured by Frodo and Sam, I went for some ham sandwiches and too much coffee.

The films were a joy to revisit, with Peter Jackson’s vision of Middle Earth, a dark and brooding place with the occasional glimpse of light as our heroes made their way to Mordor, looking suitably epic in the original 35mm prints.

Leaving the screening on a high, I hoped The Hobbit would prove to be as exhilarating, as Jackson returned to his world with a new Bilbo Baggins in the shape of Martin Freeman alongside Sir Ian McKellan as Gandalf.

The director has embraced a pioneering new technology which doubles the normal frame rate of the film, 48 fps (frames per second) instead of 24. Jackson claims this is a more immersive experience and that all films will go this way.

Rather than looking as big and bold as Lord of the Rings, The Hobbit looks more like it’s shot on the set of a 1980s soap opera. While landscapes look lush and rich, close-ups of the actors bring you closer to them, making the heavy prosthetics and make-up more obvious.

Most importantly, the thin story doesn’t justify the three-hour length, with not much really happening apart from some fights, lots of running around and the appearance of Gollum.

With two more films to come, it looks like it’s going to be a slog to get to the end of this particular journey.